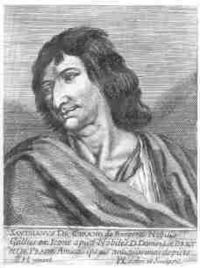 The latest video series produced by Dr.Fisher points at and emphasizes our preoccupation with our Self-Image, our plight to achieve Perfection, and, to some degree, equalize the differences that we sometimes tend to see as insurmountable obstacles to our Success in the modern world. Not by coincidence did Dr.Fisher discuss one of his favorite plays, Cyrano de Bergerac. There, the topic is clear – Cyrano is the epitome of malformation, his nose is an obvious obstacle to his very survival. True, he attempts to bring it to his advantage. He is a strong knight, a magnificent figure… Yet, in real life, he was hardly so.

The real Cyrano died at the age of 36 of unspecified causes. He was noble, he was strong, but not strong enough to overcome his deformities… which eventually befell him in his personal life, and his career. That is the real story.

The extent to which this story concerns us all is apparent from the dozens of screen adaptations, T.V., stage, radio even… all focused on one fateful feature or other, not necessarily represented by the nose. The entire series of Star Trek: The Next Generation, and several chapters of this script in particular, were inspired by Edmond Rostand’s play. In Star Trek, we meet different civilizations, their representatives, who are variously distorted, as we all know. The primary purpose is to show them as different, somehow non-human.

When you get up in the morning and look in the mirror, your main features are the same as those of all other human beings. The particularities distinguish us. However, distinguish too much, and you are ostracized. That is what we all fear.

The beauty of the art of plastic surgery is not in that modern science can make you look better, more amiable, in certain ways more “human” but, above all, in that it adjusts your self-image and aspirations to your internal needs. Needs, not desires. We need certain part of ourselves to conform, a certain other part to stand out. Why? In order to move ahead in life, to succeed, to overcome, to conquer – just like the Cyrano of the olden days.

Body image is our innermost sensation. Yet, it becomes public by our everyday contact with other human beings. There are two sides to the story, somewhat like Dr.Jeckyll and Mr.Hyde; yet – it is one story. We cannot live with the black veil upon the feature we do not like, be it on our face or our soul, as the proverbial Minister in the famous story by Nathaniel Hawthorne… Whom would we be veiling ourselves from? Ourselves. Do we really want to do that? –

As Indiana Jones would say, some of us choose wisely, some poorly – but: choose, we all have to.